The Roman-Germanic Museum, which is an archaeological museum, can be found in the middle of Cologne, Germany next to the Kölner Dom (Cologne Cathedral).  The museum can be considered as an archaeological sight, due to the fact that not only roman artifacts are exhibited here, but also a huge Dionysos mosaic, dating back to the A.D. 220/230, can be seen in its original place as well as the related Roman Road. Owing to the fact that the mosaic could not have been moved because of its size, the museum was built around it in 1946 by the architects Klaus Renner and Heinz Röcke. Later the building was renovated and opened to the public in 1974. 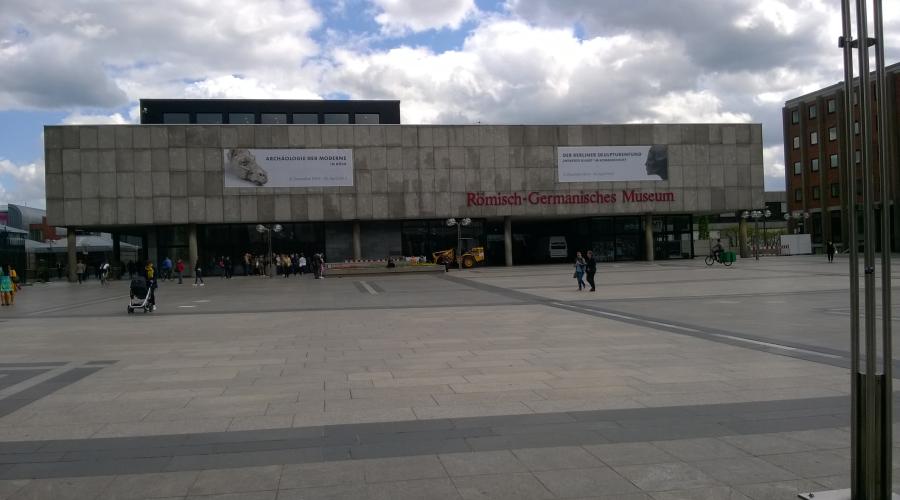