The Palace Hotel is one of the most visited and elevated sights of Llillafüred, which is a settlement 10 kilometers from Miskolc. Lillafüred is a breathtaking village and a pleasant holiday resort surrounded by the Bükk Mountains.

Count András Bethlen, minister of agriculture has discovered the place while hunting in 1892. In honor of a wealthy woman, Lilla Vay, he gave the name Lillafüred to his place of spectacular beauty. 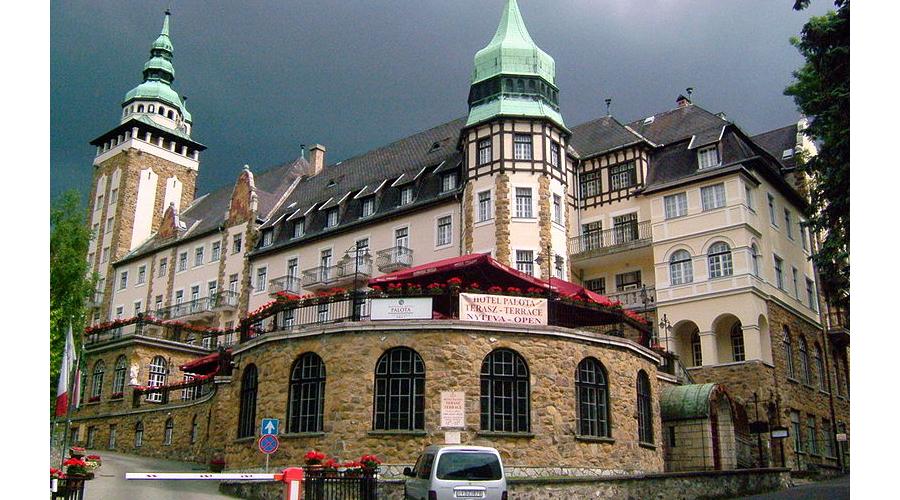 The neo renaissance styled building was built between 1925 and 1929 next to Lake-Hámor, based on the legendary Lux Kálmán’s plans. The Palace Hotel has been inaugurated in 1930.Most of the guests came from an elite layer and organized a few celebrations in the Hotel, as well. During the Second World War, German and Russian soldiers lived there, and then from 1950 it became a SZOT-holiday resort. In 1993 the Hunguest Hotels auberge chain has bought the building and has refurbished it. There is the huge terraced garden next to the Hotel, where many statues are visible, for instance the Statue of József Attila, who is a famous Hungarian writer.