The Great St. Martin is one of the twelve Roman chapel kept in Cologne and built during the 12th century. It takes place in the older part of the city near the Rhin river and not so far away to Cologne Cathedral.

The church was built on a old faubourg  which was, before, extened in a little island into the river. During several centuries, this church was an abbey for Benedict people and at the end of the 19th century it became a parish church. However during the second world war the chruch was nearly whole destroyed because of the bomb attacks but was re built from the end of the war until 1965 for the bell tower and 1985 for the interior for the chruch.

Nowaday, the chruch is used for Mass and vistit for the tourist. 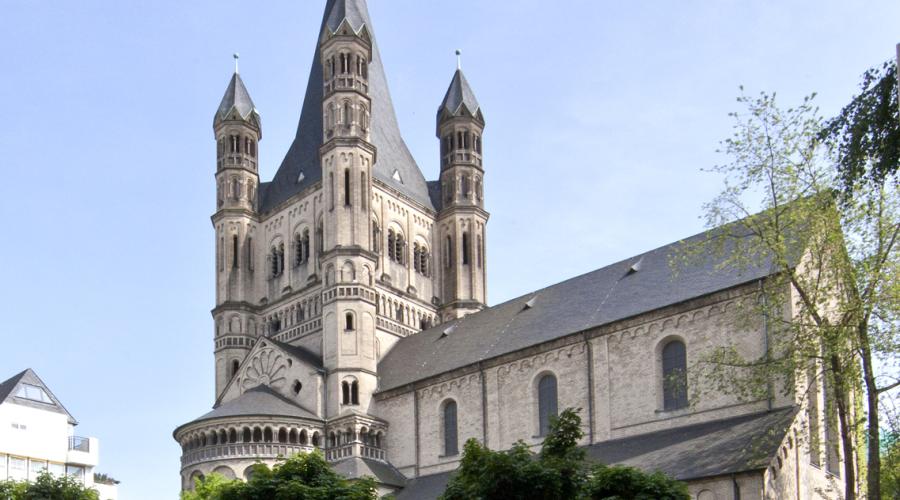