The Staufenmauer was built in 1180 by the Hohenstaufen in order to protect the city from attacks and surround the present Altstadt. The Hohenstaufen were a dynasty of German kings during the Middle Ages, who ruled Germany and also the Kingdom of Sicily.

In 1333 was Frankfurt am Rhein expanded and the old wall became a victim of efforts to reorganize the city defenses. The eastern part of the wall was preserved, but in 1711 and in 1719 the fire disasters damaged it. The first fire disaster happened in the jewish ghetto and the second one was in the district along the Fahrgasse and Töngesgasse. 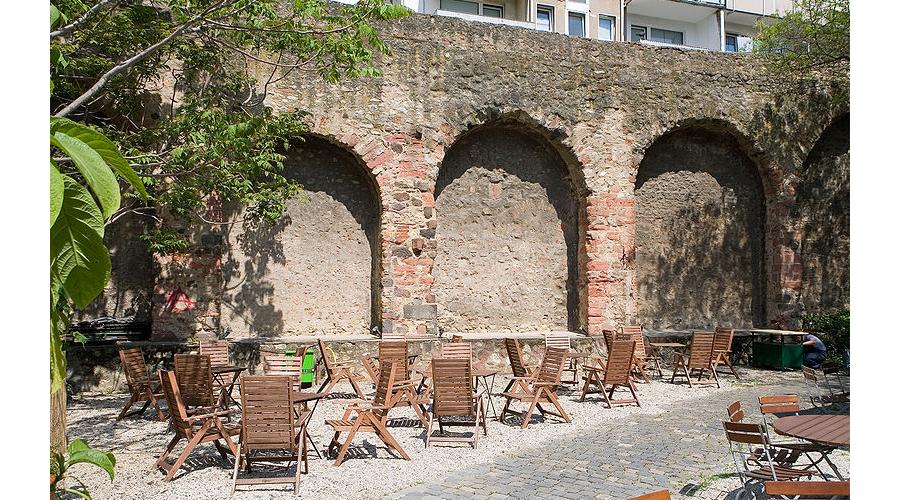 By Mylius, via Wikimedia Commons