Now the original opera house in Frankfurt am Main is a concert hall. The opera was designed by the architect Richard Lucae, financed by citizens of Frankfurt. It was built in 1880 but destroyed by bombs in 1944. After that it was rebuilt and opened again in 1981. 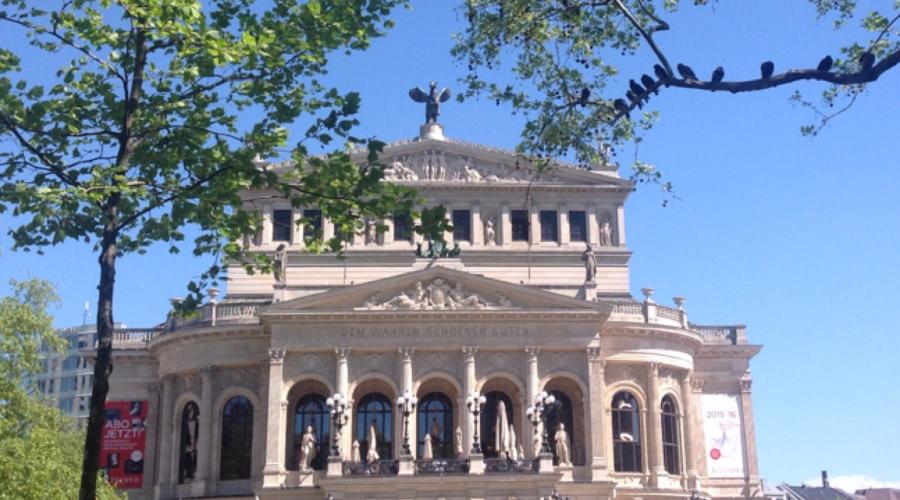 are Chamber and symphony concerts are take place here. Classic and also modern music are contained in program. Many famous operas were performed for the first time in Frankfurt. In front of the building is the square known as Opernplatz. The opera is in the centre of the town.