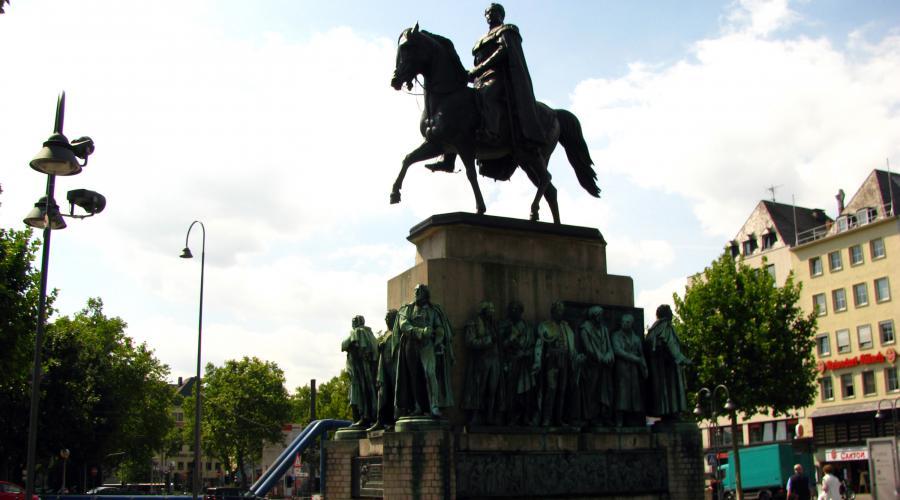 The Heumarkt (ie hay market) is the second largest place in Cologne, situated in the district of Altstadt-Nord. A monument of king Friedrich Wilhelm lll can be found on Heumarkt. There is a underground with the same name. In the 13th century gallows was installed. Murderers, thieves, burglar, and other villain was beheaded. The leaders of uprising from the 18 September 1481 to 18 February 1482 as well as conspirators of the revolution from 21 December 1512 to 7 January 1513 of the gallows executed at the Heumarkt. Mainly mayors was executed.