St. Catherine's church is the largest Lutheran church in Frankfurt am Main. It is located in the old city centre next to the famous plaza - the Hauptwache (Main Guard). It is dedicated to the martyred Catherine of Alexandria. By Mylius, via Wikimedia Commons

The church was built between 1678 and 1681 in baroque style. It was destroyed by bombs during the Second World War and rebuilt between 1950 and 1954. The St. Catherine's Church is one of the eight city's dotation churches, which have been since 1802 part of Frankfurt am Main and they are constantly maintained. 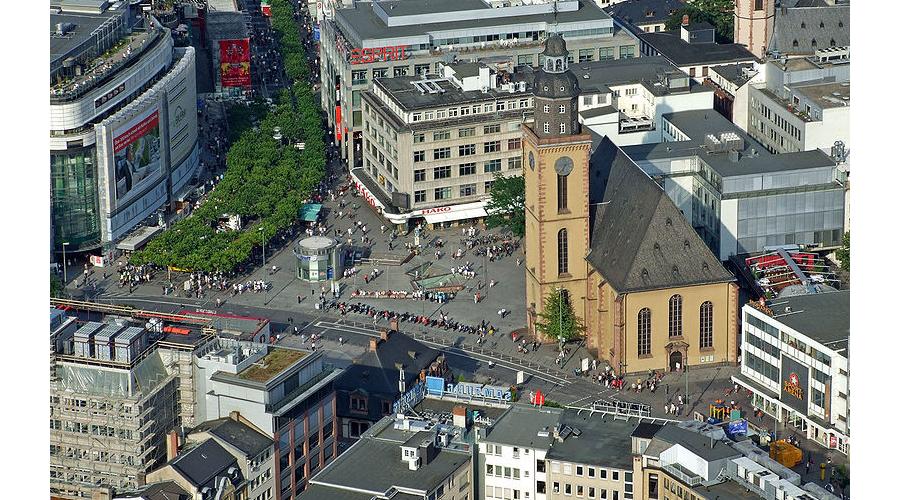 I, Dontworry, via Wikimedia Commons

There are two galleries, the first one has 41 paintings and the second one 42 paintings with biblical scenes. On the ceiling used to be also biblical scenes, but it was changed during the rebuilding in 1778.

From 1983, the organist has been Martin Lücker, who installed several public concert series. By Dontworry, via Wikimedia Commons