Stonehenge is in Wiltshire, in England. It is located 3 kilometers away from Amesbury and 13 kilometer away from Salisbury.

This is a prehistoric monument and it is one of the most famous sights in the world. Stonehenge is the remains of a ring of standing stones set within earthworks, which was built between 2500 BC and 2100 BC.

Everybody can ask what Stonehenge was used for in its time. Archaeologists say that maybe it was the symbol of the peace beetwen nations who had fought against each other, but nobody can surely know the real role of Stonehenge.

They had to carry the stones, which are 2-3 tons heavy, 22 kilometers far from its place because there were not any suitable stones closer. So Stonehenge is also unique because of its building progression.

The site and its surroundings were added to the UNESCO's list of World Heritage Sites in 1986 in a co-listing with Avebury Henge. Nowdays there is a big institution for the tourists with shops where people can buy things and with museums where we can know more things about Stonehenge.

I spent one week in England last year and in the beginning of the journey we visited Stonehenge. We really liked it because it is breathtakingly beautiful and interesting. 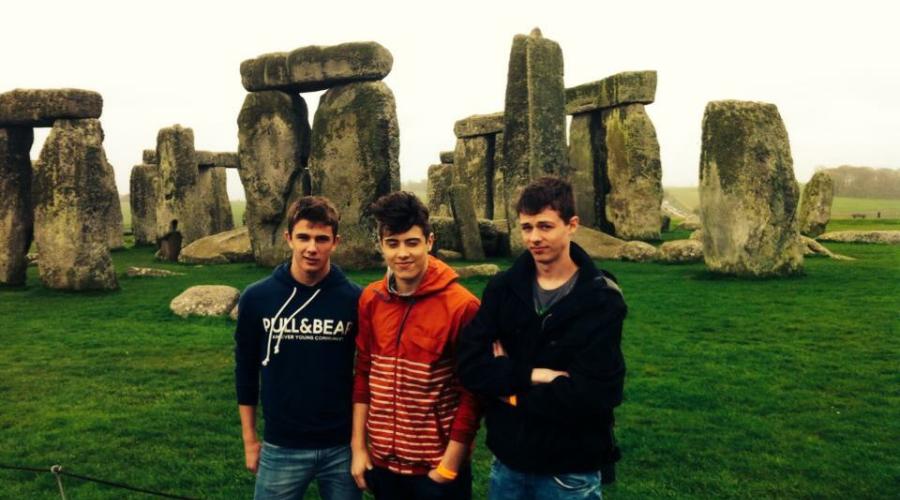 Me and my friends in front of the Stonehenge in 2014