The Holbeinsteg is a footbridge in Frankfurt, attached to two blue-coloured towers by red and grey-blue cables , was opened in 1990. It connects the Holbeinstraße in Sachsenhausen with the Windmühlstraße in Bahnhofsviertel, at the southern bridgehead is the entrance to the Städel.

The guide on the bridge said that the structure was built to integrate culture on the opposite banks of the river. This bridge is the modern equivalent of the neighboring iron bridge from the 19th century.

The bridge makes a great impression, there's a great view on the river and the whole city. The construction itself combines modern design with the classic look. 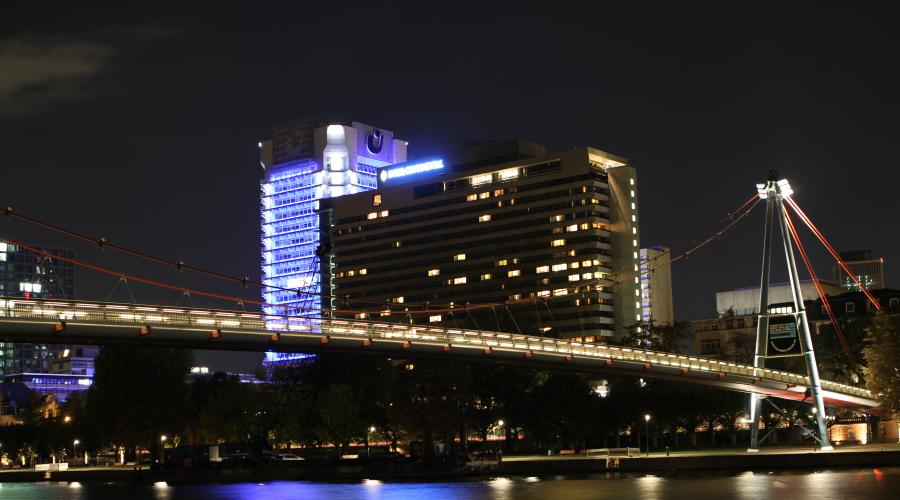