The musical dome in cologne is one of the most beautiful places in europe where musicals are showed. Its near the main train station of cologne and so it is directly on the river rhine. It is distictive beaucause of its domed blue roof what is lighted in the night.

The musical dome is 53 meters broad, 77 meters long and on the highest position 27 meters high so theres a area of 4000 m² what can be used in it. The construction is mostly made of glass and steel and the roof is made of polyester.

Also under the musical dome is a parkade so its easy to go there and stay there by car. 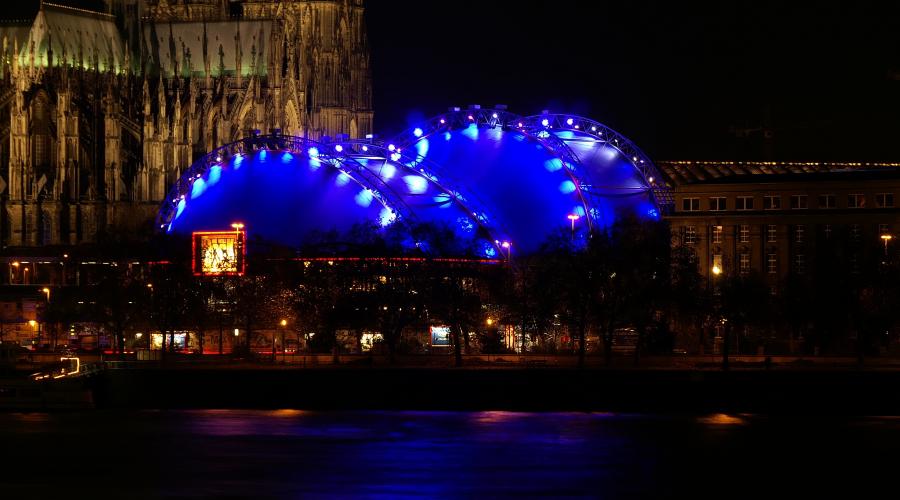 Inside the musical dome you can see the real beauty of musicals. With 1700 other people you can enjoy the art of the actors and 540 of them can enjoy it from the gallery.

Musicals like the original "Dirty Dancing", "We will rock you" or "Starlight express" enchant the audience. But not just musicals, also concerts can be there.

Since 2012 you can also see opera in the musical dome because the Opera house in on the "Offenbachplatz" has been being renovated.

So please try the taste of the beautiful art of musical and opert, it's worth it. 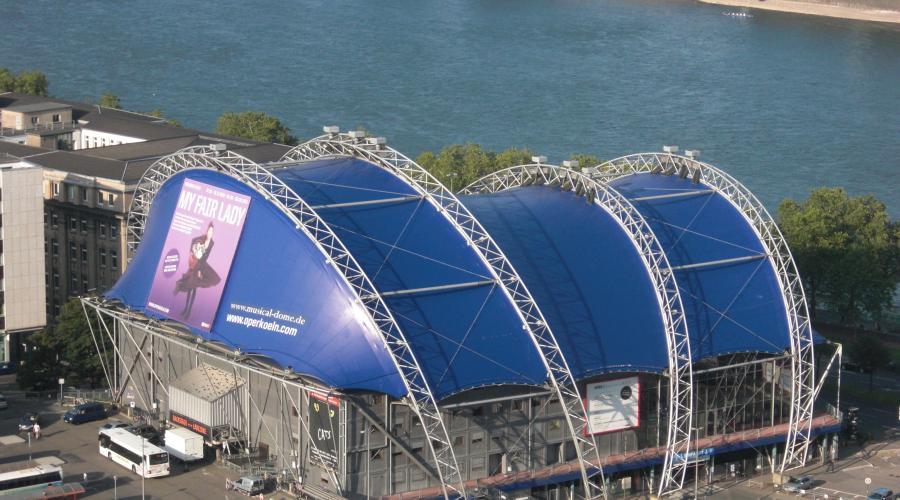